The gears are boxed! 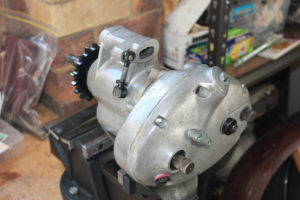 That’s right, the gears are finally boxed and another small step towards bike completion. In the end, it was not as tricky as I expected getting the kickstart case cover back together. Once again, the logic of the Burman engineers back in the early 1950s made my life much easier today. To be honest, there was one small SNAFU that tripped me up for a time. I just finished screwing the kickstart case back on, stepped back to admire my handiwork and cr@p! Of course it was going too well when I noticed that I had missed the clutch operating arm plunger. 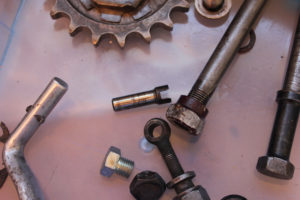 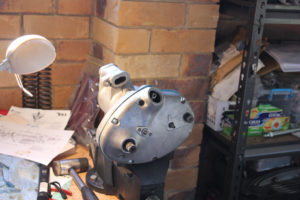 I thought I had it this time

Draganfly Roger’s newsletter tech tip a couple of months back involved putting gaskets on wet to make subsequent removal easier. Yay for Roger! The case came away easily enough, thankfully. I was then able to feed the wayward plunger back in with a pair of long nosed pliers. 10 minutes later, I was back to admiring my handiwork.

I thought that fitting the kickstart return spring was going to be the trickiest part. While it was a little fiddly, in the end, I was able slip the spring over the locating pin using long nosed pliers, and the spring pretty much self-located as the cover went back on. The hardest part was actually that the time of day meant the sun was streaming in through the garage window. Not only was I looking into the glare while fitting the fiddly parts, I was also sweating like crazy. Gotta love Queensland winters!!

The Burman GB gearbox is ticked off and packed away. Time now to clean up my work area in preparation for the next task. I also spent some time checking my parts inventory. I have been making a point of purchasing parts every month whether I needed them at that time or not. The result of this is that I have a stack of Draganfly freight bags each with mixture of parts in them. By tidying my parts stock, I was able to confirm that I had what I thought I should have and also able sort my parts into a logical order.

I thought that I had a win with the mystery of the royal blue paint. Draganfly suggested that there was a blue option colour and that Aus police ordered blue ones in 1956. I understand that these were Wedgewood Blue as used on the 1954 models. Somebody please correct me if I am wrong on this. Also, my bike was ex UK so was not used as a police bike. Not in Australia at any rate. This leaves me still in the dark regarding my dark blue bike. It is also inching me closer to getting those suspension bushes fitted so that I can get some paint on the frame and at least make it look like progress. 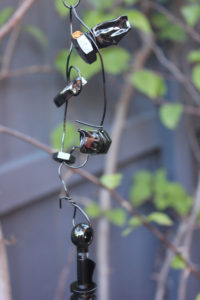 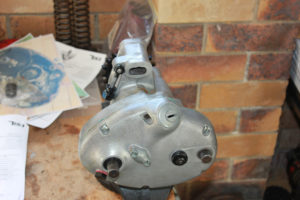